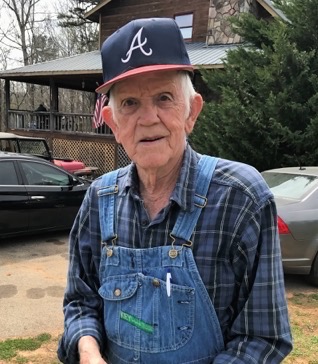 Lloyd Sylvia "Buck" Craig, age 88, of Clayton. Ga. passed away on Sunday, January 26, 2020 at his home surrounded by family and friends. Buck was born December 4, 1931 in Rabun County and was the son of the late Ina Cleo Holcomb Craig and Virgil Columbus Craig of the Bridge Creek Community.

He was a veteran of the United States Army of the Korean Conflict and was stationed in Alaska. He loved the outdoors and spent his free time hunting, fishing and camping. He was a carpenter and a member of Battle Branch Baptist Church.

The family would like to thank the Pruitt Hospice Nursing Staff for their compassion and care for Buck during his illness and family, friends and community for the prayers, calls and food during this time.

The family is at the home on Craig Drive off Warwoman Rd. in Clayton, Ga.