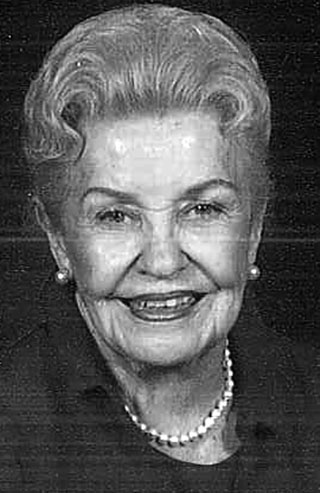 Marilyn Michel Callahan, 96, Of Clayton, Ga. passed on March 5, 2020. She was born in Evansville, Indiana January 18, 1924. Her family moved to Miami, Florida in 1926 where she went to Elementary, Junior High School and High School. She attended University of Miami and Florida State University.

She began singing when she was 9 and when she was 18 became a paid soloist at a Presbyterian Church. She was then asked to sing professionally by many other churches. She performed concerts all over Miami and Miami Beach, The University of Miami Symphony and the Florida West Coast Symphony. She was president of the Museum Guild, Beaux Art, DAR, PEO, and Tri Delta Sorority. She then went into real estate and became a professional broker. She was also listed in the Who’s Who of American Women.

She married Vernon Allison in 1976. He had a daughter, Carol Richardt and son-in-law Fred Richardt and two darling little girls, Allison and Tiffany. Marilyn grew to love her new family which included four great granddaughters, Sage, Reagan, Reilly and Ramsey.

Marilyn moved to Warwoman Village in Clayton and she became active in the community. She served on the first Rhapsody Board, President of the Music Club, Officer and member of Mountain Ivy Garden Club, served on the Christmas Fund, and was Soloist with Clayton Baptist Church for many years and soloist with Rabun Choraliers Production of “The Messiah.”

Vernon passed away in 1988. She met Bob Callahan August 18, 2001 and then a year and a half later they were married at St. Helena Catholic Church. She became very active in the church serving as a Eucharist Minister, serving on the RICA Committee training new church members. She was also on the Parish Council and was the Publicity chairman for the church. In 2010 she was chosen Catholic Woman of the year by the Altar Society. Bob passed away suddenly on July 3, 2006.

In lieu of flowers donations may be made to St Helena Catholic Church organ fund P.O. Box 534 Clayton, Ga. 30525.

A funeral Mass Service will be held at 11:00 AM at St. Helena Catholic Church, March 14, 2020, followed by a reception in the Parrish Life Center.