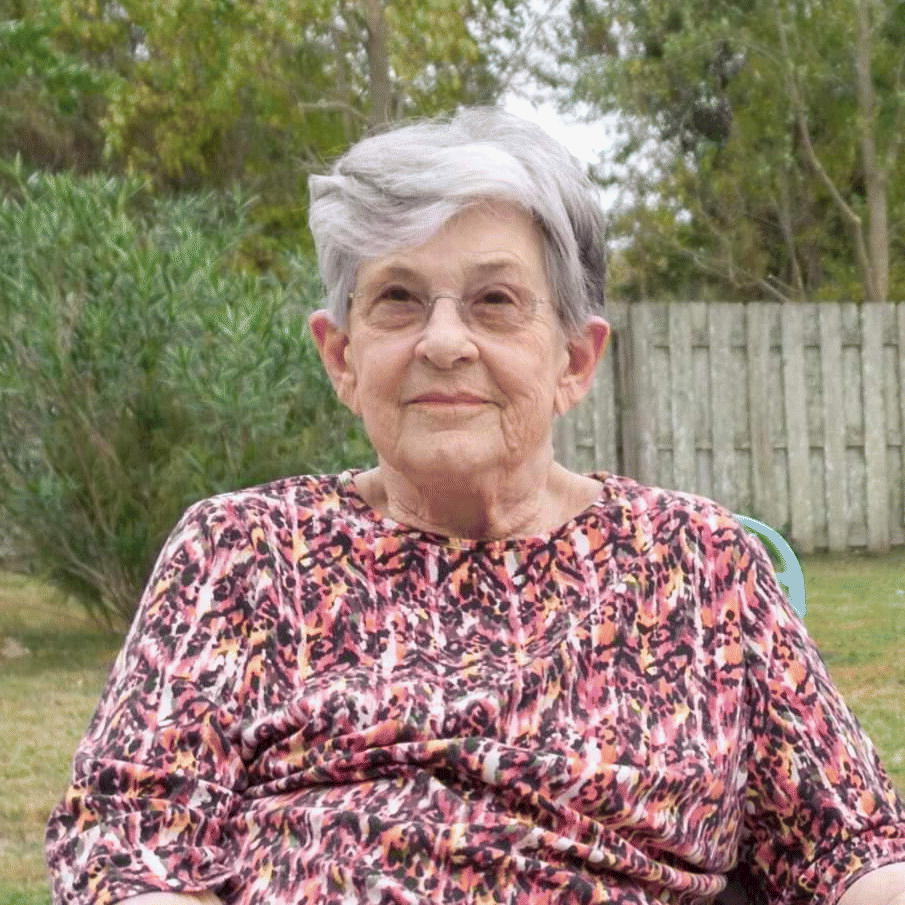 Peggy was born in Pelham, Ga. to the late Jasper Ivy Maloy and Virgie Mae Gainous Maloy and, along with her husband Guy, made Magnolia Manor of St. Simons Island her home for the past several years. She was an active and involved member of several communities in Georgia over her lifetime; Atlanta, Albany, Cordele, Clayton, Kingsland, and finally, St. Simons Island.

She worked in the healthcare industry as a Registered Nurse at Piedmont Hospital in Atlanta and Palmyra Park Hospital in Albany, as well as a volunteer at Pheobe Putney Memorial Hospital in Albany for many years. She was a past-President of the Albany Charity League and an involved member of the Thronateeska Heritage Foundation. She was a Georgia history enthusiast and was known for her many colorful stories of her home state.

Peggy was a member of Clayton First Methodist Church and a volunteer at Rabun County High School for several years where she enjoyed connecting with the young people of Clayton and sharing her love of Georgia History.

As the matriarch of her family, Peggy cherished spending time with her children, grandchildren, and great grandchildren and was proud to share their accomplishments with friends and neighbors. She was also an accomplished seamstress and basket-maker and enjoyed creating baskets as gifts for loved ones and donations to many charitable causes.

Due to Covid-19, a memorial service will be held at a later date. The family requests donations be made to Magnolia Manor of St. Simons, 100 Heritage Drive, St. Simons Island, Ga. 31522 in lieu of flowers.

Allison Memorial Chapel is in charge of the arrangements.