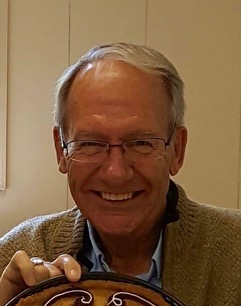 He was born on May 23,1942 in Milwaukee Wisconsin to the late Robert L. and Jessie Louise (Jay Lou) Davis Hall. In addition to his parents, Steve was preceded in death by an infant brother, John, and his brother, The Rev. Robert Hall.

Left to cherish his memory are his beloved wife, Roxanne; his brother, Andrew (Gretchen) Hall; his children, Kirstin (Jeff) Chapman, Jennifer (Mike) Sample, K. Andrew Hall, Kathleen (Jeff) Wyant, and Jody (Trevor) Clark and 14 grandchildren. He was a husband, brother, dad, grandpa and uncle, but to many he was “Father” and he will be deeply missed by the many friends and parishioners who were part of his church family.

An online guest book is available for the Hall family at HillsideMemorialChapel.com.