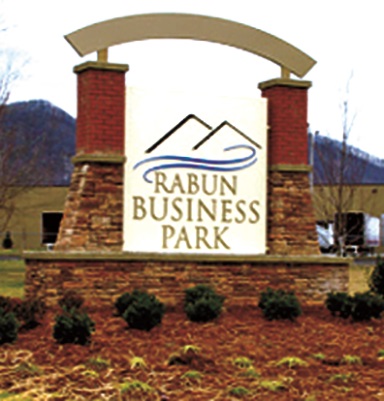 RABUN GAP—On paper, the sale of the former Fruit of the Loom building in the Rabun County Industrial Park to ELK Group International this coming Friday won’t come close to recouping the county’s investment in the property.

But Development Authority of Rabun County board members said Monday the money invested by the county in the property over the years has resulted in job creation, additional payroll taxes and other benefits to taxpayers that more than equal the money spent.

“We owe $20-something million on this building, we’re still going to owe money when we finish this sale, and the average person is going to look at it like that’s stupid, you’re giving it away,” said Development Authority board member Bob Fink Monday.

“We’re going to catch grief. But I think in fairness, if people will look at the total picture—jobs created, water supplies, taxes--and not just what the balance owed is, these are positives.”

Because the county spent massive amounts of money on the upkeep and development of the property over the years, taxpayers will still be on the hook for about $8 million in bonded debt once the sale is complete.

Fink said the sale to ELK allows the property to be placed back on the county tax rolls, where it will generate about $90,000 a year in taxes.

“The tax dollars that will be paid to the county will just about cover the note that we owe,” Fink said. “The county will be receiving a payment on taxes after the sale of this building we weren’t getting before.”

But that’s only the beginning, Fink said.

“We’re supposed to create jobs, and that’s what we did.”

The 1-million square foot building was constructed as a carpet manufacturing facility in 1956. It was later purchased by Burlington Industries and then Fruit of the Loom.

When the latter moved its manufacturing operations to Central America in the early 1990s, it took a heavy toll.

“It was a very integral part of the economy of this county,” Fink said. “When they closed this thing, we lost 900 jobs. They were running shifts night and day.”

When the county stepped in to purchase the property, employment was the driving factor, Fink said.

“Jobs, that’s what this whole thing was about,” he said. “It was about getting jobs for our people. Now we have the lowest unemployment rate that we’ve ever had in this county. We can’t find workers. People are employed that want to be employed. If you want a job, you can get a job in this county.”

The Development Authority has worked for years to bring the building to full capacity.

“It was just sitting here,” Fink recalled. “We weren’t getting any income from it, no taxes or anything. And there were no jobs here. We waited for the state to bring us prospects, and the whole time I was on the authority, you know how many we had from the state? Zero. We have no interstate, no airport, nothing.”

Today, in addition to ELK, Bradford Home, a maker of luxury lamps and interiors, and Tricorn, a division of Franklin Tubular—which is expected to create up to 30 jobs eventually—are located in the facility, bringing the building to full occupancy.

Part of the building also serves as warehouse space for Parkdale, which freed up space at that company’s manufacturing facility on the other side of Highway 441 for expansion, said Rick Story, the county’s Director of Development.

ELK International employs about 94 people locally, and the expectation is they will be adding “a few hundred more” with the purchase of the building, Story said.

The company is in the shipping and logistics business, with showrooms in Dallas, San Francisco, Chicago, New York and Atlanta.

“If you order something online from Wayfair, there’s a good chance it might have come from right here,” Story said.

“This thing right here is generating $3 million a year in payroll, and they want to take it to $3.5 million this year,” said board member Pete Halter. “After we close on this building, the focus changes to a much broader marketing program. A lot of good things are about to happen here.”

The county is retaining approximately 60 acres of land for the purpose of development later on when the sale is finalized.

“I’d like to be able to go to a manufacturer and say ‘we can throw a building up right here,’” Fink said.

Some of the land could also be used to address the county’s shortage of moderately-priced housing.

“One of the things we lack is affordable housing,” Fink said. “If we’re trying to get workers up here, it would be nice to say that you can buy a house and you’re going to be able to live right next to where you work,” he added. “This is going to be a 300-employee operation. We don’t (currently) have housing for that.”

Fink said the county gained access to a potential water source when it purchased the property.

“As a result of buying this thing, we have a water certificate that allows us to draw water from the Little Tennessee River that is worth mega-millions,” he said. “That gives us a redundant water supply. If the city and county can get together on water—and I hope to God they stop acting like two 6-year olds—we can supply the most fantastic water system in the state of Georgia. You talk about the balance that we owe on this building? That’s chicken feed compared to what we have lost just on the Water Wars alone. We have lost grants, we have lost loan applications …”

Fink said the county is fortunate to have found a buyer for the property for a couple of reasons.

“There’s a roof overhead that ELK knows about that needs to be fixed and they are willing to pay the $1 million to do it,” he said. “That’s something we don’t have to face. That’s another savings for the county.”

Because the site previously housed manufacturing businesses, Fink said concerns were raised about possible pollutants, but he said the property has been given a clean bill of health by government regulators.

“The carpet manufacturing and the clothing manufacturing required dyes, so dyes were a pollutant in the ground here,” Fink said. But that threat has been remediated over the years, he added.

“The EPA has given us a letter telling us this place is clean as a whistle,” he said. “We couldn’t sell it if we had (pollution). We had to get that approval, and we got it. They came out here and did their inspections.”

Fink took exception to a recent article published in The Clayton Tribune about a meeting of a local citizens group where concerns were raised.

“The newspaper article implied that there are pollutants out here, and we don’t have that,” he said.

Overall win for the county?

Fink said he’s aware of the criticism the county has received over the years concerning the amount of money that has been spent on the facility.

“We’re going to catch enough grief when people say you still owe $8 million,” he said. “Now that (the sale of the building) is off the table, we’re free to use a little imagination and energy toward getting the county additional business. It’s not so much that we’re getting that white elephant off our back, we’re bringing in jobs, and this is just the beginning.”

Fink said extending a 5G cellular network to Rabun County could be a game-changer if it can be accomplished.

“We could get all kinds of clean industry that use the Internet for their livelihood,” he said. “

We have an excellent public school system, two wonderful private schools, we have clean water and clean air. We have an awfully lot to sell. We’re not back woods anymore.”