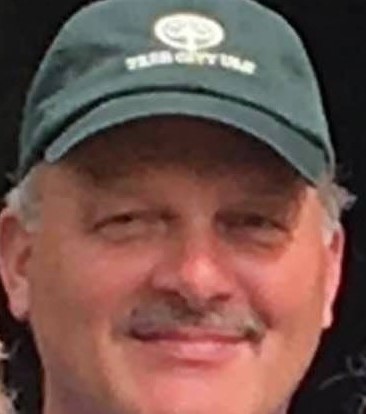 Scott Dills held many positions in Rabun County over the years, but his role as a man of faith dedicated to his family is what his friends and coworkers say they remember most about him.

Dills, 55, of Dillard passed away Saturday, Nov. 16, 2019. He was employed with the City of Clayton where he was the Codes Enforcement Officer.

“He was a good man. He never met a challenge he wouldn’t accept,” said Andy Strait, Clayton police chief and friend who worked with Dills for many years.

Dills was born in Rabun County on June 16, 1964 to Genell Shirley Robinson and the late Lewis Dills.

He worked in Public Safety for over 35 years and was a United States Army Veteran having served in the South Carolina Army National Guard with over 21 years of service.

Spending time with family was something his friends and colleagues saw was always very important to him.

“He loved his family,” Strait said as he reminisced on moments they shared together.

He remembered a time where almost every weekend Dills would talk about how he and his family were packing their bags and taking a family trip out of town in order to spend time together.

Co-worker Keith Owens said that he always knew when Dills was talking to one of his children because of the way he spoke with a joyful and loving demeanor.

“He had this voice that was different than with anyone else. I could tell he was talking to his daughter,” Owens said.

Colleagues who worked with Dills described the “work family” they had together and conversations that they shared.

“He is like a brother to me. We worked closely with the business licenses, ordinances and permits.”

Lunsford said that she and Dills would always check on each other, help each other out and talk about life.

“He and I would have long talks about religion, Rabun County history and national politics,” Lunsford said.

Longtime friend and colleague Cissy Henry, smiling and laughing through tearful eyes, recollected talks that she and Dills had about trains. She said that they both shared a love of trains.

“I would find some cool pieces at Caring and Sharing and give them to him,” Henry said. She said that Dills would always be thrilled to receive them.

Henry said that this inspired the two of them to create a project together similar to Rails-to-Trails and create more walking trails in the city.

“He had a passion for walking trails,” Henry said about Dills.

She also noted the important role he played in the development of Stekoa Creek Park.

She said that he was instrumental in removing the pollution and cleaning up the area where the park is today, helping turn it into a conservation easement.

“There were a lot of things that happened because of Scott,” Henry said.

“He was a wealth of knowledge,” Chapman said of Dills. She said that he would always research to find the truth with anything there was a question about and loved learning.

“He was a reader. He loved books,” Henry said.

Dills was of the Baptist faith and Chapman said that he went to ministry school and lived by the teachings he studied.

“He lived his faith,” Chapman said.

Those who worked with Dills reflected on the little quirky moments that they shared throughout the day.

Strait laughed as he recounted he and Dills saluting each other in the hallway each time they passed each other.

Henry said that before leaving every day, Dills would walk around the building and check to make sure every door was locked.

“He didn’t go out of here until he said goodbye,” Henry said.

Strait described Dills as a genuine servant, never doing anything just for the glory of it.

“He lit up a room every time he walked into a room,” Strait said. “He would see the best in anybody.”