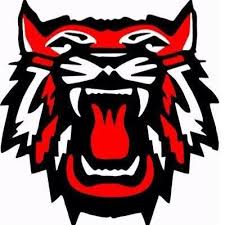 TIGER— Rabun County Schools recently received their “Report Card” for student success during the 2018-2019 school year and came out at the top of their class.

This also exceeds the state average score of 75.9.

RESA is a research agency in Northeast Georgia and is very competitive, Gibson said. He said that RESA is always being looked at when comparing school systems.

Gibson said that schools get scored on the CCRPI every year. This is a content-specific exam that tests students in grades 3-12 on the level of content they are learning at the time.

Gibson said that every school improved its score from the previous year.

“They ranked first place RESA,” Gibson said about their score compared to other middle schools.  “[That] was also an increase from last year.”

Rabun County High School received a first-place score of 92.2 and Gibson said that this improved from the prior year also.

“We are thrilled,” Gibson said. The scores from the three schools are then used to generate the system-wide score.

The CCRPI score is based on content mastery, progress, achievement gap and readiness, Gibson explained.

Content Mastery grades how well the student performed on either the End of Course (for grades 9-12) or End of Grade (for 3-8) assessments.

“It’s all under the umbrella of Georgia Milestone,” Gibson said.

Progress focuses on how much the student grew throughout the year.

Gibson gave the example that if a student scores a perfect score on a test, this portion looks at where they started in the learning process and whether they gradually improved to get to that score or whether they came in with the knowledge at the beginning of the year.

Achievement Gap scores how well gaps on subgroups, such as economic disparity and special education, are being closed during the learning process.

Readiness factors in criteria like attendance, literacy scores, and whether students are part of a Fine Arts Program or pathway completion like Career, Technical and Agricultural Education (CTAE).

The high school has an additional component of graduation rate that is factored into their final score.

“We’re extremely proud first of all of our students who are resilient and work hard every day,” Gibson said. “We’re so proud of our faculty and staff who go above and beyond for our students on a daily basis.”

He explained that the bus drivers, teachers, administration, counselors, custodians, maintenance crew and county office are the driving force behind the accomplishment.

“This was a total team effort,” Gibson said.

He said that the faculty and staff always have a “student first” mindset.

“As proud as we are of our CCRPI scores and progress, we’re just as proud of the many things our people do on a daily basis that aren’t necessarily measured, but in many instances mean more than a single score,” Gibson said.

“Such as, building relationships with students, encouraging our students to be better citizens through character development programs, working with students on goal setting and having a plan, reiterating the importance of service and giving back, and building a sense of pride in everything we do,” he said.