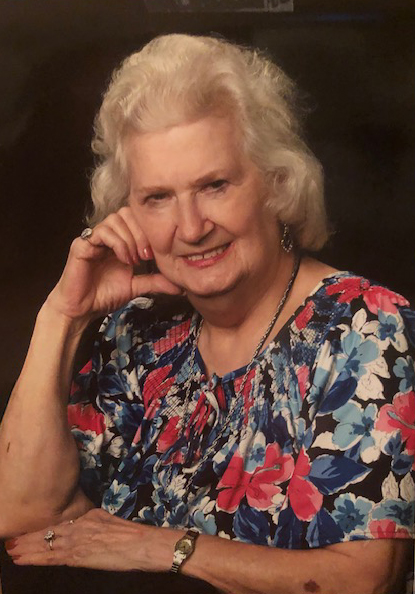 Elizabeth Joan Holcombe, age 95, of Dahlonega, Ga., passed away on Tuesday, August 25, 2020 at Northeast Georgia Medical Center from pneumonia. She was a resident of Chelsey Park Health and Rehabilitation in Dahlonega, Ga. for almost 5 years.

Born in Caddo Parish, Louisiana on July 23, 1925, she was the daughter of the late James Thomas Holcombe and Ruth Berry. She spent most of her life in Shreveport, Louisiana. She moved to Clayton, Ga. in 1991 where she worked for Dr. Richard Vail for many years. She became a member of Clayton First United Methodist Church in 2009.
She was preceded in death by her parents, James Thomas and Ruth Berry Holcombe and her sister, Norma Ruth Holcombe Reinsch (Clyde) of Loveland, Colorado. She is survived by her daughter, Norma Lynne Stonecipher Wood and son-in-law, William Wood of Fredericksburg, Va. and three sons, Alan Stonecipher of Tallahassee, Fl., Elliott Stonecipher of Shreveport, La. and Philip Stonecipher of Grapevine, Texas. Four grandchildren, two great-grandchildren and her niece, Pamela Turnage (John Turnage) of Loveland, Co. also survive.

The body has been cremated and there will be a memorial service held at a later date. Burial will be in Shreveport, La.