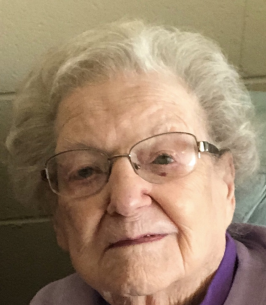 Evelyn and Alfred raised their children in Macon, Ga., lived in Athens, Ga. for a brief period and moved to Clayton, Ga. where they lived for thirty years before moving to Givens Highland Farms in 2003. While in Clayton, Evelyn worked as church secretary at Clayton Baptist Church and continued to maintain her membership there.

The family would like to thank the staff and nurses at the Health Care Center of Givens Highland Farms for all the love and care they gave at this difficult time.

In lieu of flowers, memorials can be made to the Residents Assistance Ministry, Givens Highland Farms, 200 Tabernacle Road, Black Mountain, N.C. 28711.

A private service will be held in Clayton, Georgia.