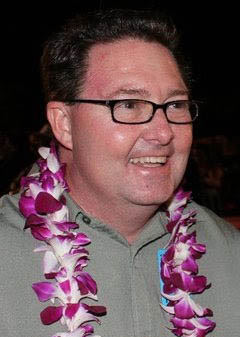 On Thursday, February 4th 2021 in Clayton, Ga. at the age of 50, Sean Alan Lawson entered Heaven the same way he lived his life; with courage, dignity and grace.

Sean was a pillar of strength and unity for his family and community. He thrived in a life filled with adversity and hardship, never failing to lift up those around him. The love and the kindness he shared was matched only by his wit and intelligence.

Those who knew him would quickly discover the depth of knowledge and experience that his age belied. He was particularly proud of the amount of useless knowledge he had accumulated throughout his travels and would often joke over that fact and then share various others. Even after all of these decades, it is doubtful that even half of that knowledge ever came to light.

Sean was the type of person that maintained a carefully balanced work and home life. There were times where it appeared he would be teased as a workaholic, but those were tempered with many vacations taken with family and friends. It was this mentality that helped him live his life to a degree that is rarely achieved.

Sean Lawson; husband, son, father, grandfather, joins the Lord in Heaven to be greeted by his granddaughter, Naysa Diane Page; his paternal grandparents, Fred and Frances as well his maternal James and Mary; along with his fur-children, Scooter, Smokey, Snoopy, and Skipper. He is survived by his loving wife Tori; son Jordan; daughter Ashlyn; son-in-law Benjamin; grandsons Ryld and Rowan, parents Ron and Elaine; brother Mike; sister-in-law Dee; nephews Nathan and Tyler.

His absence leaves those who knew him with a heavy heart, but the memories of his presence will continue to guide and influence us for the rest of our lives. We will forever love and miss you.