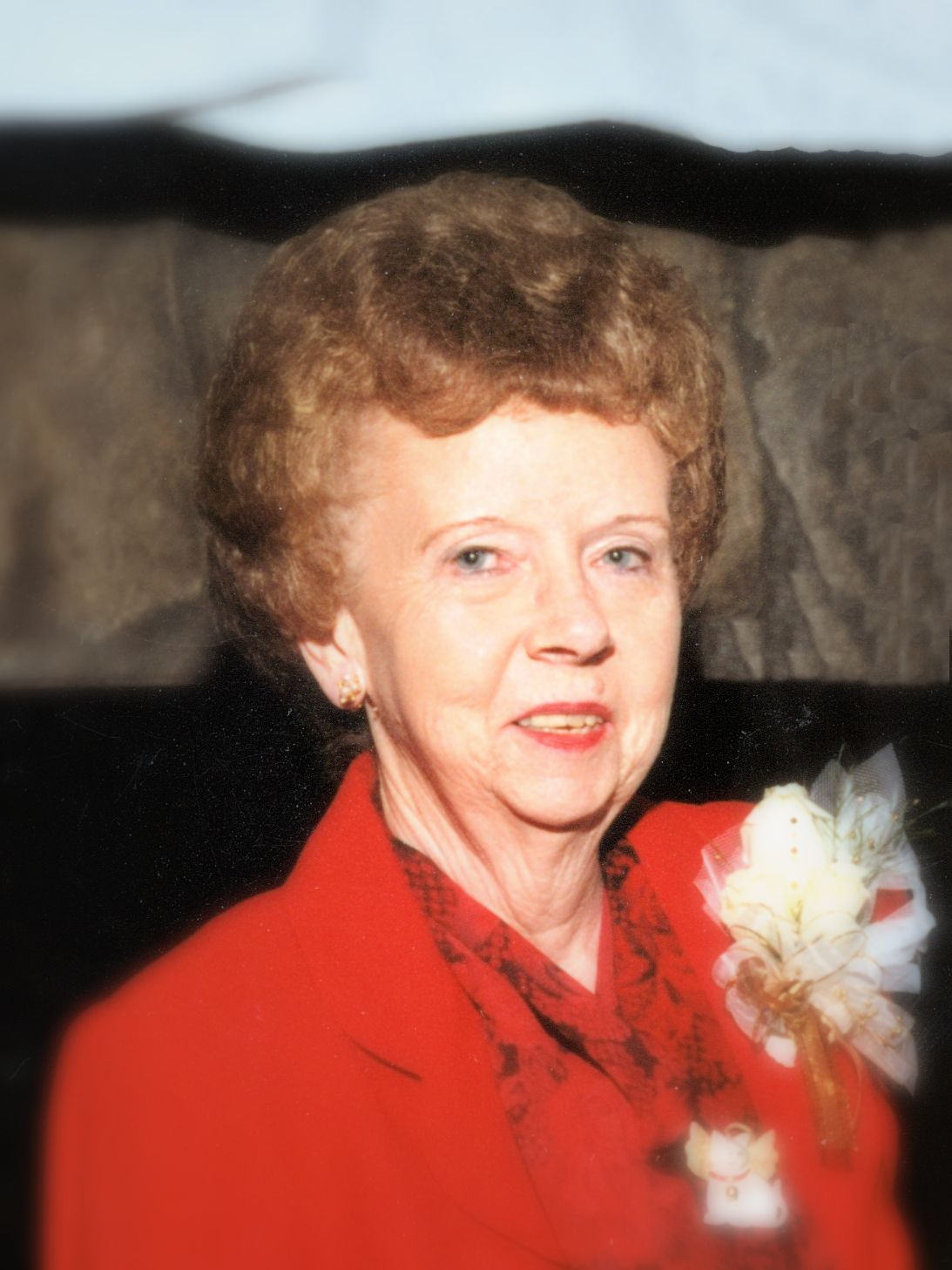 Wilma Smith Davis, loving wife, daughter, and friend of many, received her angel wings on Dec. 21, 2019, into the arms of her heavenly Father.

Latha Wilma Smith was born on May 9, 1932, in Lakemont, Georgia, to Hoke and Ethel Roach Smith. Wilma was an only child and spent her childhood surrounded by her loving parents, grandparents along with a host of special aunts, uncles, and her Lakemont friends.

She attended Lakemont School, where she was a model student with perfect attendance through her graduation. She was the Valedictorian of the Class of 1949. The friendships she made throughout her school years were ones that lasted a lifetime. The Lakemont High School, graduating class of 1949, remains close due to Wilma's continued correspondence with all the classmates, keeping them updated on one another's life. After a time at Piedmont College, with perfect attendance again, she moved to Atlanta to work for Southern Bell Telephone Company and spent most of her 34 years with the company as an Executive Secretary in the Hurt Building in downtown Atlanta.

On Dec. 14, 1952, she married the love of her life, Bobby K. "B.K." Davis of the Shirley Grove community. Wilma and Bobby enjoyed many years living on Miriam Lane in Decatur. Later they moved to Conyers and enjoyed living there. Their lives were full with Wilma working at Southern Bell and Bobby working at Georgia Power. They enjoyed weekend trips with visits home to Rabun County and vacations Nashville to the Grand Ole Opry with friends. After retirement in 1993 they moved back to Lakemont and in 2012 celebrated 61 years of marriage before Bobby's passing in 2013.

All who knew Wilma were amazed at her memory and knowledge of dates and times of birthdays, anniversaries, important events in the community. She had an extraordinary recall when it came to information. Wilma loved to talk on the phone or sit and chat. She had a gift for conversation enjoyed by those who knew and loved her. The number of greeting cards, Christmas cards, and personal letters that Wilma sent over her life would mount into the thousands, and each one written with love. Wilma was blessed with many friends, and she was a friend to many. Her passion for animals was known to everyone, whether it be her cats, dogs, or cows. She loved animals and would keep food in her car to feed any she found along the way. She always had a "treat" for her four-legged friends.

A memorial service was held on Sunday, Dec. 29, 2019, at Lakemont Baptist Church. Interment was in Rabun Memory Park, Tiger, Ga.

Beck Funeral Home, in Clayton, Georgia, is in charge of the arrangements. If there are any questions, please call 706-782-9599. An online Memorial Register Book is available at www.beckfuneralhome.com