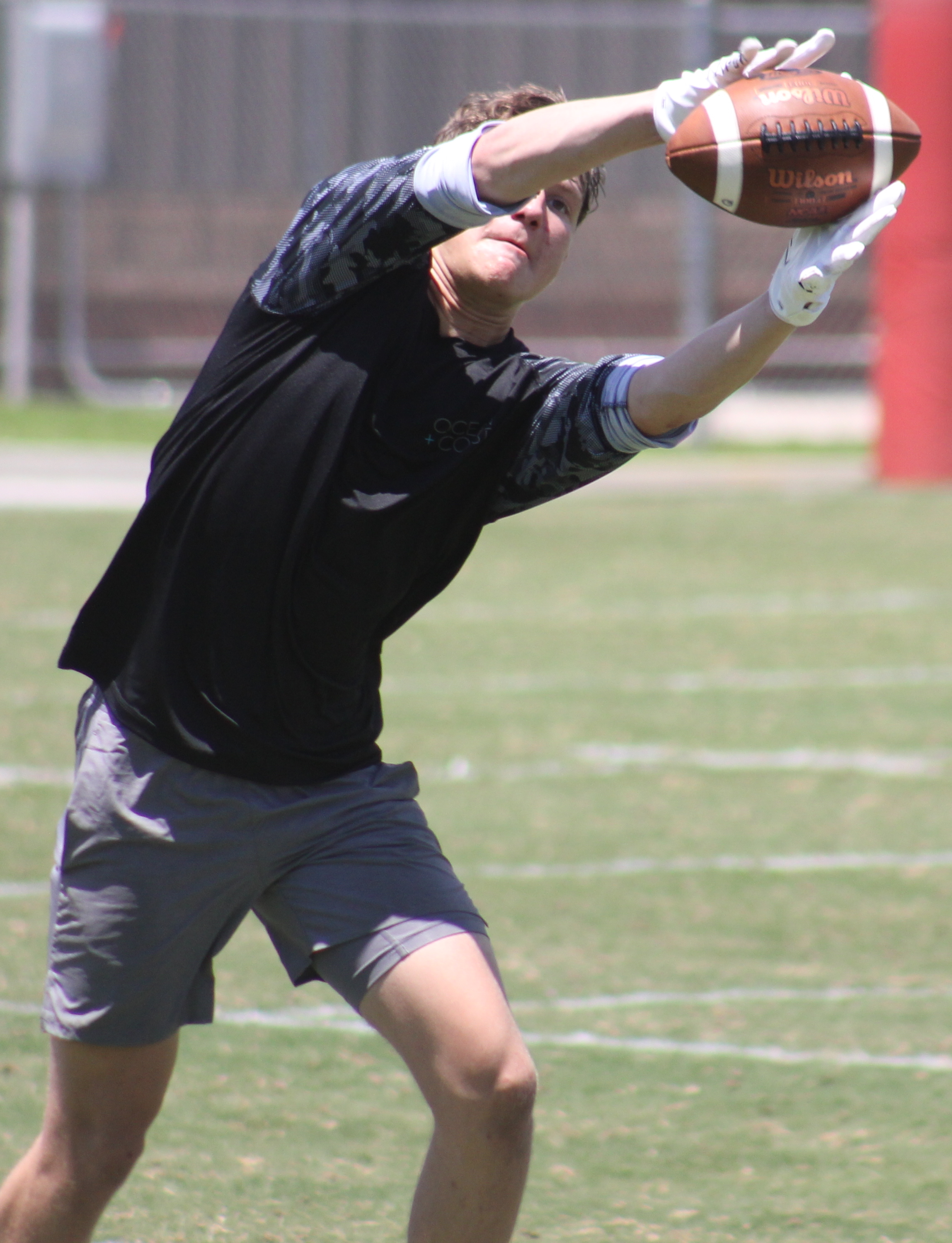 As the days trickle toward the normal starting dates of fall high school sports, athletes and coaches were still waiting as of Monday to learn if the games, matches and meets will happen amid the disruptive presence of COVID-19.

Though the fall sports each school offers may differ, Rabun County High, Tallulah Falls and Rabun Gap-Nacoochee have athletic schedules heavy with August dates, leaving little time for some big decisions to be made.

The Georgia High School Association (GHSA) guidelines permit intrasquad scrimmages of 7-on-7 or 3-on-3, workout groups and re-groups of as many as 50 athletes, and tryouts for softball, volleyball and cheerleading.

“We’re all in the same boat,” said Tallulah Falls athletic director Scott Neal. “We’re planning as if we’re going to have sports, and that’s what we’re going with right now.”

Systems are go at RCHS

Shaw praised the entire athletic department for its efforts in sanitation and prescreening.

“We’ve done everything on our end to make sure the safety of our student-athletes stays the No. 1 priority,” he said.

The Rabun gridders host St. Francis in an Aug. 14 scrimmage, then kick off the regular season Aug. 21 at home against Daniel, S.C.

Time is at a premium in other sports, if not more so as the RCHS softball and volleyball squads are slated to begin their seasons even earlier.

The Ladycat sluggers will visit Flowery Branch for an Aug. 4 scrimmage, and then welcome Clarke Central in the Aug. 7 regular-season opener. The spikers’ first matches will be Aug. 11 at East Hall, part off a three-team playday with North Hall.

“We’ve got a lot of our student-athletes here on campus, and we just continue to prescreen and sanitize the best we can,” Shaw said.

Shaw said workout attendance for football ranges around 95 percent. One group starts in the morning around 8 a.m., and another later in the day.

“We weren’t around our guys for three months, basically until June 8,” he said. “Our coaching staff has done a great job, and our parents and our players have done an unbelievable job of trusting us, and making sure they’re here at workouts.”

Players, the head coach said, are enthused about simply returning to the field.

“I think they were cooped up for so long,” he said. “They’re excited to get back with their teammates, and obviously as coaches, we’re excited to have them … We’re having to go 100 miles an hour right now to make sure we’re getting what we need covered.”

After following GHSA guidelines, Tallulah Falls’ cross-country, volleyball and middle-school tennis programs have competition dates set for fall. The student-athletes, according to Neal, are thrilled to be returning.

“Right now, we’re still in that week of conditioning, the same kind of guidelines as the week before,” Neal said. “They just extended that another week. That part’s going well. We’re planning as if we’re going to be having volleyball and cross country.”

According to the school’s website, the volleyball opener will be Aug. 11 at Banks County.

Cross-country practice starts Aug. 3. The first meet is Aug. 20 at the TFS course, and the Chestatee War Eagle Invitational is five days later in Gainesville.

Matters could come to a resolution soon for Rabun Gap-Nacoochee, a member of the North Carolina Independent Schools Athletic Association. According to the school’s Twitter page, guidance and regulations regarding sports will be provided by the association.

“The governor of North Carolina is supposed to announce what he’s going to do with public schools I think this Friday,” RGNS athletic director Dale Earnhardt said Monday.

A Zoom meeting of athletic directors early next week could also shed some light and give the school some direction.

“We can do our own thing,” he said. “Our state association wants to wait and see what the governor says, and see what the public school league says before we make our final decision. Hopefully, at this time next week we’ll have a better idea where we’re at.”

Reporting dates are staggered weekly for Eagle student-athletes, and the school is planning to resume team practices as early as Aug. 3 when football camp starts. For other sports, boys soccer and volleyball report Aug. 10, and cross country, girls golf and girls tennis Aug. 17.