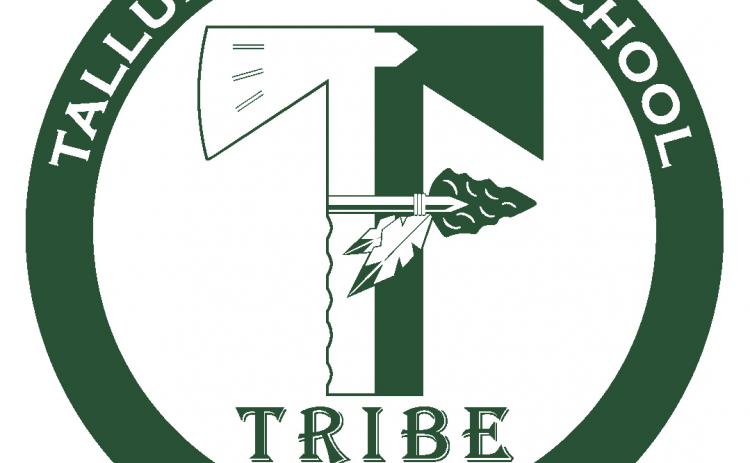 News Staff
Body
Competitive gaming in the form of electronic sports is coming to Tallulah Falls School as an official Georgia High School Association activity. TFS is starting with 25 student-players, meeting after school on Tuesdays and Thursdays, playing League of Legends and Rocket League. League of Legends teams consists of five players while Rocket League teams consist of three players. Each school can have multiple teams compete. According to IT Director Bryan Freeman, department personnel will support the new program, with IT Specialist Casey Barron serving as head coach for the team.

Glendon Poe
Body
RABUN GAP — Matt Linn ran for a touchdown with less than a minute left in overtime to lift the Rabun Gap-Nacoochee Eagles past the Covenant Day Lions 22-14 in Rabun Gap last Saturday afternoon. The Eagles secured a No. 5 seed in the NCISAA postseason in the process and travel to Ravenscroft (N.C.) on Friday. Kickoff is set for 6:30 p.m. Rabun Gap (8-2, 3-0 NCISAA West) trailed the Lions (3-7, 1-2) by a score with a minute remaining in regulation, before Robin Verginelli’s rushing score tied things at 14. The Eagles took possession of the ball in overtime on Covenant Day’s 10-yard line, driving 90 yards to victory and closing their regular season with a six-game win streak. 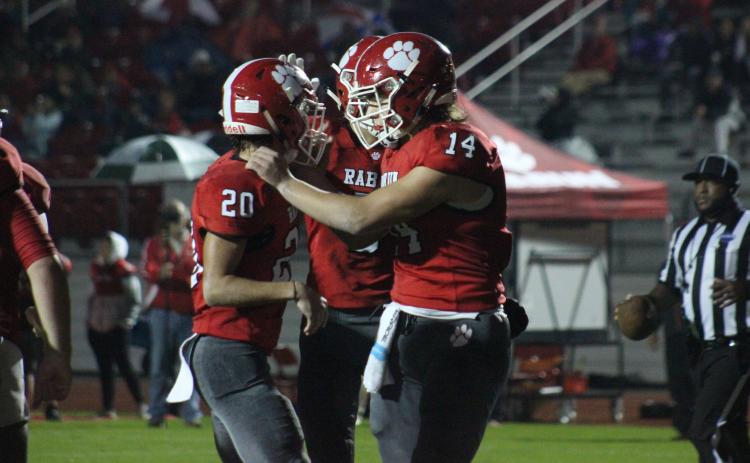 Glendon Poe
Body
TIGER — Social Circle couldn’t have asked for a better start against the undefeated Rabun County Wildcats. Logan Cross hit Amarion Russell with a screen pass on the game’s first play from scrimmage and Russell raced down the left sideline for a 73-yard touchdown. Everything quickly unraveled for the Redskins after that, however.

News Staff
Body
Rabun Gap: The Rabun Gap boys lost 3-0 to Wesleyan Christian Academy in the NCISAA Class 4A state championship in High Point, N.C., last Saturday. It was the Eagles’ first appearance in the state title match in program history. They finished the season with a 19-3 overall record, a perfect 8-0 region mark and a 15-match win streak.

Glendon Poe
Body
RABUN GAP — The Rabun Gap Eagles braved the soggy conditions and retained the Battle of the Boarder Cup. Robin Verginelli rushed for three touchdowns, Pato Torres and Matt Linn each added a scoring run and the Eagles’ defense held rival Asheville School (N.C.) to 61 yards of total offense in a 43-0 win last Saturday. “For many of our players, this was their first opportunity to be part of the Boarder Cup tradition. Of course, everyone was very excited to keep the Boarder Cup in Rabun Gap,” Eagles coach Shawn Bryson said. 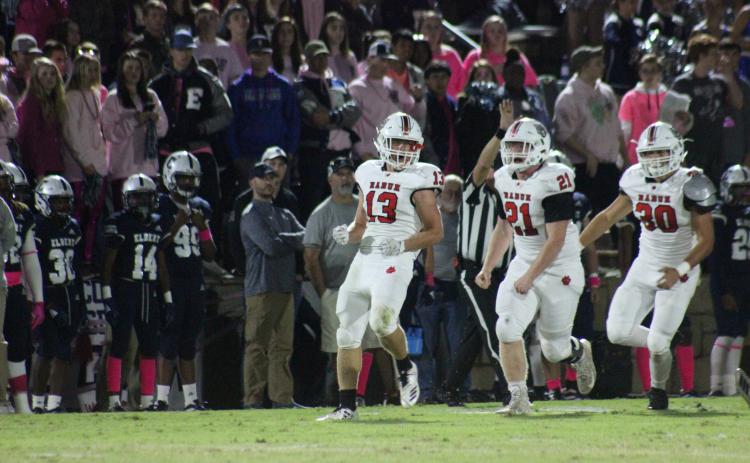 Cats’ offense hums to season-high in win vs. Devils

Glendon Poe
Body
ELBERTON — It was a different setting but a similar result for the Rabun County Wildcats at Elbert County’s Granite Bowl last Friday night: another blowout win. Gunner Stockton fired three touchdown passes and ran for another score, and Cory Keller ran for 124 yards and two scores, helping the Wildcats reach a season-high 533 yards of total offense in a 52-14 win against the Blue Devils. Rabun (7-0, 4-0 Region 8-AA) eclipsed its previous season-high yardage mark (518), earned in the season-opening win against Bremen at Georgia Southern’s Paulson Stadium on Aug. 24.

News Staff
Body
SOFTBALL Rabun County: What the Harlem Bulldogs lacked in hitting in Game 1, they made up for in Game 2 of last Tuesday’s GHSA Class AA state playoff second-round series, and it came to the detriment of Rabun County. The Bulldogs stole six bases in Game 1 to make up for registering just three hits to win 6-5, before smashing 13 hits in Game 2 to earn a 10-6 win and sweep the Wildcats in Harlem. Alyssa Fair chipped in two hits, an RBI and scored three runs to help the Wildcats (14-9) at the plate in Game 1. Isabella Green had two hits and scored a run, Danielle Loggins added two hits and Ayahna Jenkins finished with two RBIs. 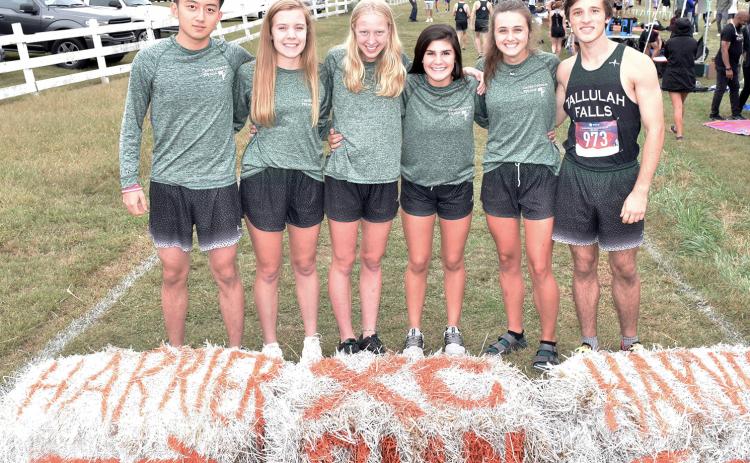 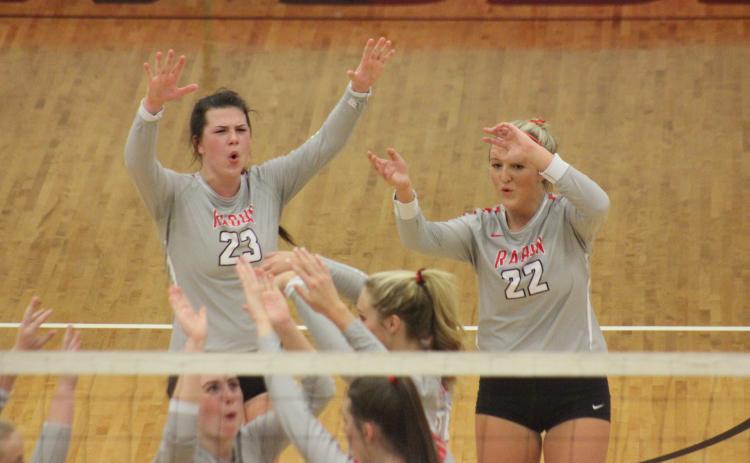 Glendon Poe
Body
TIGER — Well-placed kills and timely blocks went a long way for the Rabun County volleyball team in its state playoff start. The Wildcats beat Armuchee 3-1 (25-14, 25-18, 23-25, 25-21) in the opening round of the GHSA Class A/AA-Public state playoffs, before sweeping Callaway 3-0 (25-10, 25-7, 25-9) in the second round at Rabun County High School’s Ken Byrd Court last Saturday, advancing to the state quarterfinals. A week after claiming their fourth consecutive Area 8-AA championship, the Wildcats stayed hot and moved on to the quarterfinals for the fourth year in a row. 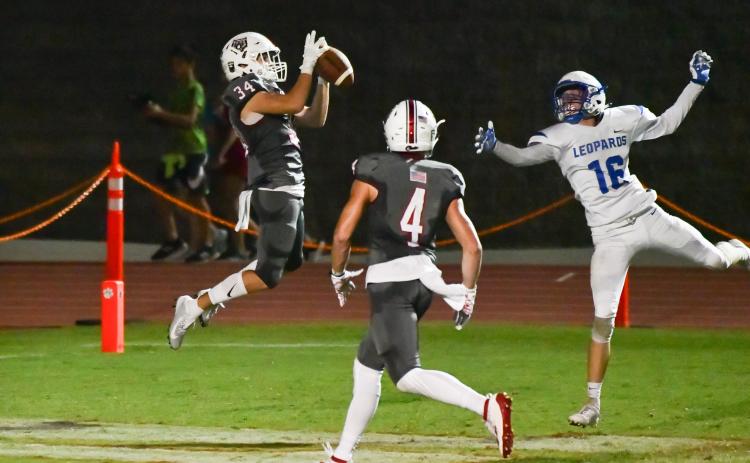 Glendon Poe
Body
TIGER — With another bye week behind them, the Rabun County Wildcats are set to take on their last four regular season games. It starts with a visit to Elbert County at 7:30 p.m. Friday. The Blue Devils (3-3, 2-1 Region 8-AA) took a 35-14 loss against Union County on Oct. 4. Elbert hung with Union for three quarters, before the Panthers scored three touchdowns in the fourth to pull away. Union amassed 458 yards of total offense.